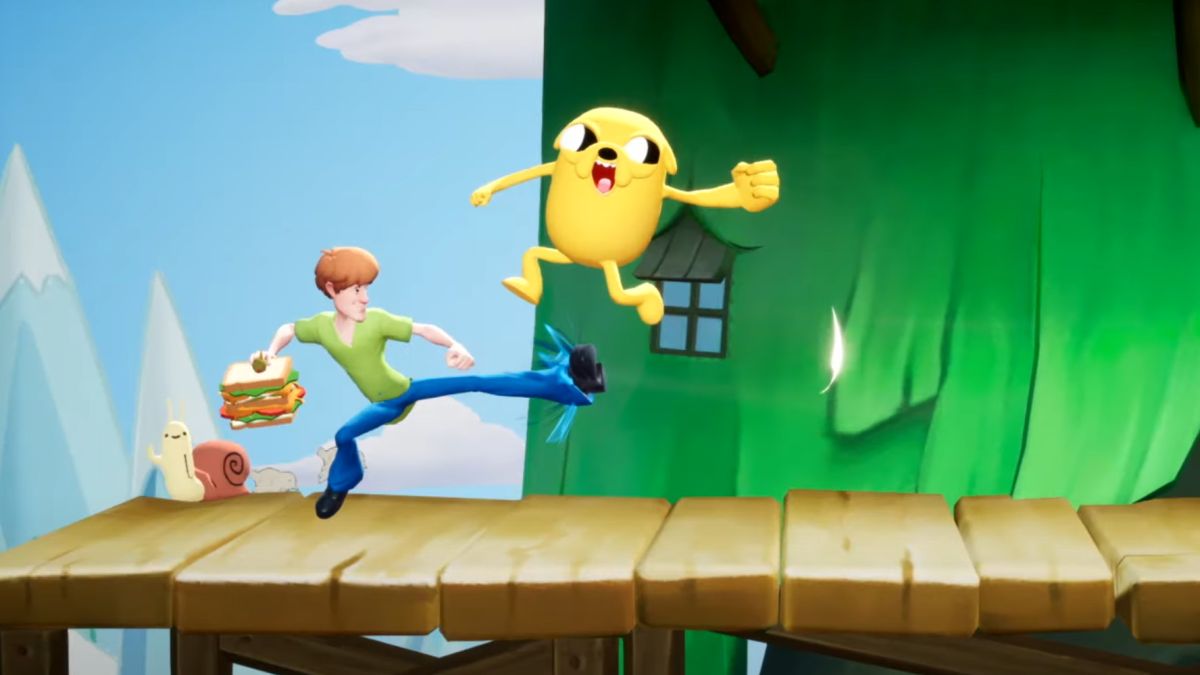 Next to a series of leaks last month, Warner Bros. Games has finally raised the curtain on Multiversus– a free platform fighter who dares to ask “what if Tom & Jerry but Smash Bros.”

Revealed with a fairly detailed trailer earlier today, Multiversus is developer Player First Games’ attempt to create a Smash Bros. multiplatform with the media giant’s somewhat eclectic character cast. Warner Bros. is not a company that I consider to have a particularly global style, as it turns out to be true with a roster that includes superheroes like Batman and Superman, contemporary cartoon characters like Finn the Human and Steven Universe, venerable animated stars like Tom & Jerry and Shaggy from Scooby Doo, and, uh, Arya Stark from Game of Thrones.

Player First is also adding some of his own creations to this list, starting with Reindog (a reindeer dog), with more characters to be revealed “soon”. Leaks had previously suggested Gandalf as a playable fighter, and I desperately want to see the white wizard fight Jake the dog out of Adventure Time.

While Multiversus will feature both 1v1 and 4-player FFA combat, the game appears to be built around 2v2 matches, with character abilities designed to work well against each other. The trailer also highlighted the focus on getting each character’s look and sound through the visuals, music, and voice acting – perhaps a sharp blow against the somewhat bad Smash clone. Nickelodeon quality.

The developer also promises dedicated day one servers and “best-in-class” netcode (including, yes, catering). There will also be full cross-play and cross-progression between PC, PlayStation and Xbox, with guilds led by players who can challenge each other.

Multiversus is slated for release in 2022.