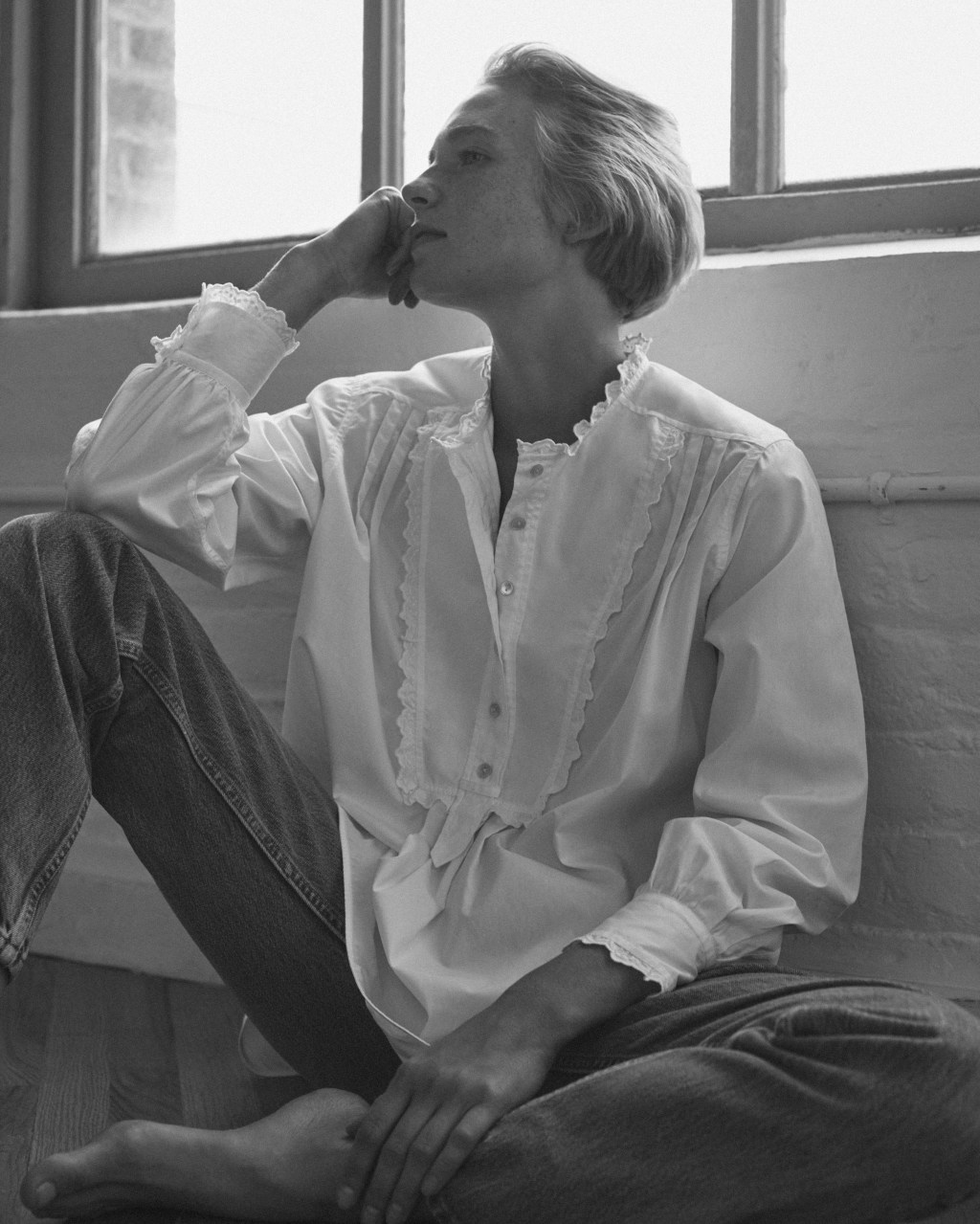 Designer and creative director Rebecca Taylor Tuesday marks her comeback with the launch of her new self-funded fashion label, A’Court.

“It’s called A’Court, which is my middle name and a last name,” Taylor said during an appointment in New York for the first edition of the brand’s capsule. “I love it because it doesn’t sound like a boy’s or girl’s name and I wanted to make a collection that reflected more who I am. I’ve always been a little more tomboyish, ironically. I started in the 90s – you go around different roads and then you end up in a certain place… it was a time for me to be able to reset and get back to what I was really passionate about. There are these key elements that never leave me: a beautiful shirt with feminine details and Victorian inspiration. [dress] Victorian novels and how Victorian women lived.

In 2019, Taylor left her eponymous women’s contemporary label – which she founded in 1996 with her business partner Beth Bugdaycay – to recharge her batteries. In September, vince Holding Corp. (who bought the Rebecca Taylor and his Parker label in November 2019 at Sun Capital), announced that the labels would be removed.

Since leaving, the designer and her family have returned to her native New Zealand after a sabbatical in Paris; there, Taylor began creating her personal brand, A’Court, which is not affiliated with her former brand or products.

“I really wanted to launch something that felt new and modern – I wanted to launch it on my own terms and be very small and very thoughtful,” she said of A’Court, which is designed in Nova Scotia. Zeeland and handmade in small batches. both in a family run factory in Italy for the premium Italian cotton styles and in New Zealand for the locally sourced, undyed, hand crocheted alpaca styles. The line has been described as “the very definition of slow fashion”, with lingering “editions” of seasonless styles that will be available in limited quantities exclusively through the brand’s direct selling website.

“The whole talk of fashion sustainability — it’s not really a thing, because none of us need more clothes, but we want them. I think if you do it very conscientiously and edit so much garbage – some of the old ways of doing it were creating a collection every four weeks, throwing away half the samples, etc. I wanted something that completely turned things around,” Taylor said.

Taylor’s first edition, launching Tuesday, includes six timeless, stonewashed silhouettes of 100% cotton blouses and dresses, and two hand-crocheted alpaca shawls, designed to be “future heirlooms” and priced at $345 at $825. A’Court is said to have been inspired by the history and raw beauty of her homeland, as well as the functional yet feminine dress of her favorite heroines of 19th century historical literature, with styles named after these inspirations, such as ” Edith”. [Wharton] blouse. The capsule embraces a feminine spirit through styles inspired by men’s shirts with pintucks, subtle scalloped and fringed hems, mother-of-pearl buttons, soft volumes and a delicate floral pattern. The strength of the line is not only in its subtle details, but also in its versatility.

“When I created A’Court I knew I wanted to do shirting because there weren’t enough of them out there, frankly, it’s for women with a feminine touch. It’s evergreen, so we’ll do two capsules a year and I’ll come to New York twice a year to do the photoshoot, and then we’ll release it throughout the year so I’ll have a stream coming in from Italy. my thing was to try to come up with constant new stuff without reinventing the wheel every four weeks,” she explained, adding future styles and categories. [hinting at jewelry and fragrance] will continue to uphold the brand’s timeless, easy-to-wear global sensibility. The designer also plans to host future pop-ups at a flower shop or intimate shopping events.

“It’s good – I’m ready but I want to move forward with the opportunities that e-commerce brings and this whole new era. We had to do things a certain way [in the past], and it’s a deeply flawed way of doing business, but now I’m really full of energy and enjoying it, and I never thought I’d do it again,” she said. She funds the line herself, she noted. “I’m very thrifty, but I’ve always been since I self-financed the other company. I must be a jack of all trades.

Taylor said she hoped A’Court’s message would spread organically, she said. “On my splash page it says ‘By Rebecca Taylor’, with a little disclaimer. People who need to know will know this, and I hope it spreads. I want to make sure that it remains super authentic, distilled and that the message is very clear.