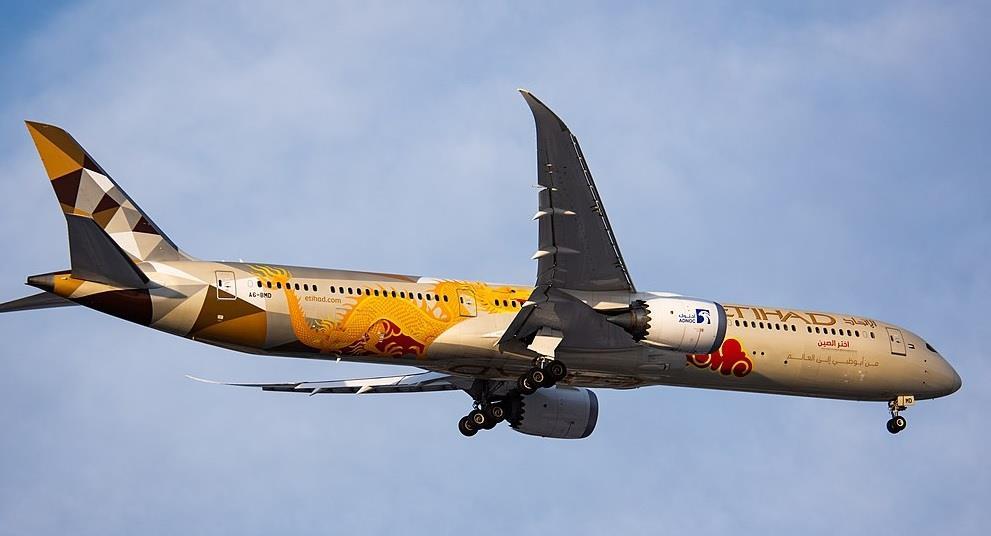 Investigators determined that the crew of an Etihad Airways Boeing 787-10 did not set the correct destination pressure reference for the altimeter before the jet plunged well below the glide line. when approaching Abu Dhabi.

The passenger plane (A6-BMD) was on a cargo flight from Beijing on June 6 last year, with only a crew of three on board.

During the approach to runway 31L, the aircraft remained approximately 300 feet below the correct glide line.

At a distance of 1.3 nm from the threshold, its indicated altitude was 570 feet, but the aircraft had in fact descended to 210 feet above the ground. The crew performed a go-around after noting that the runway precision approach path lights were all lit “red”, indicating that the jet was too low.

According to the UAE Air Accident Investigation Area, the crew did not preset the barometric pressure reference QNH to the correct number for the destination airport during the descent procedure.

The pressure setting for Abu Dhabi was 999 mb – as reported on the ATIS terminal’s automatic information service – but the preset figure remained at 1009 mb, the setting the crew had used in Beijing.

When the crew changed from the standard pressure setting of 1013 mb used in cruise to the preset number for the destination, the altimeter would have incorrectly calculated that the aircraft’s altitude was higher than its actual value, because the QNH pressure at Abu Dhabi was lower than this. In Beijing.

The investigation indicates that the three crew members were “not aware” of the improper pressure setting in Abu Dhabi, even though the captain had confirmed that he had received the ATIS information from the airport which included the correct figure.

He said the crew had become “obsessed” with energy management, to the detriment of overseeing other functions, as they feared the plane would fly high as it approached a waypoint. border between Dubai and Abu Dhabi.

This focus on jet energy management resulted in “inappropriate” controls over QNH pressure setting during transition, the survey adds.

As the pilots performed a go-around seeing the red PAPI light displayed, the aircraft did not climb to the correct missed approach altitude of 4,000 feet but – because the altimeter pressure reference was still incorrect – stabilized at 3,700 feet.

The investigation indicates that, during the missed approach and subsequent guidance, the crew were repeatedly informed of the correct pressure setting, which at that time was 998 mb.

At one point, the crew realized the error and changed the QNH setting to the correct value.

But confusion and doubt over the plane’s go-around and altitude prompted Abu Dhabi tower controllers to request an urgent check of the PAPI lamps. Approach control was asked to extend the downwind leg of the 787 for the check to be carried out.

But while the ground personnel were dispatched to runway 31L for PAPI control, they were unable to enter the runway area because the 787 was already on its second approach. As the aircraft approached touchdown, the pilots were instructed to watch the PAPI lights, and after the jet had landed safely, the crew confirmed that the PAPI lights were displayed correctly.

Etihad Airways stressed the importance of correct altimeter setting after the incident and introduced a requirement to confirm the QNH setting before the initial approach fix.