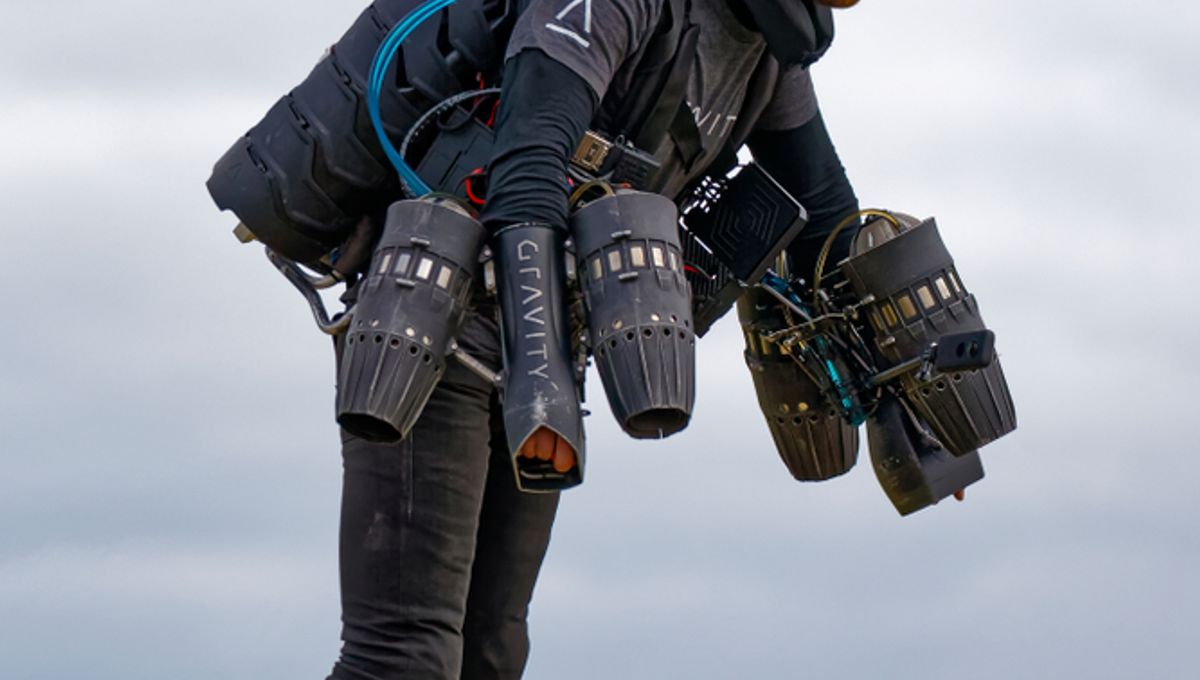 In case you weren’t paying attention, Iron Man-style flight suits are relatively normal now. The British Ambulance Service tested them to reach difficult places, the Royal Navy flew between an escort ship and an aircraft carrierand the armed police have staged a high-speed chase to catch a mock criminal – it turns out a lot of jobs are made easier by theft.

Now, however, we have a video of a real jet pack in the sense that they were always envisioned, with a set of jets in the back and two separate arm-controlled stabilizers. Little information exists about the jet pack itself, except that it was created by Gravity Industries, the same company that provided the suits and training for the aforementioned jetsuit adventures.

What makes this flight interesting, however, is that most gravity suits reserve the place of the backpack for fuel, powering two powerful motors on each arm to propel the wearer through the air. This time it seems that a series of engines have also been added to the rear.

While flying may seem effortless (and a whole lot of fun), it’s no easy task. The jets attached to the arms mean that all of your body weight relies on your upper body strength, so it’s best to bulk up before you send yourself into the air at 88.5 kilometers per hour (55 miles per hour) using the combination.

It’s unclear if this could be a new iteration of the suit, just that the pilot was Richard Browning, founder of Gravity Industries and chief test pilot.

While Browning primarily flies, Gravity actually makes custom jetsuits and trains the customer to use them. All it costs is the small price of $430,000 (£380,000) – maybe Iron Man suits are only for the Tony Starks of this world after all.