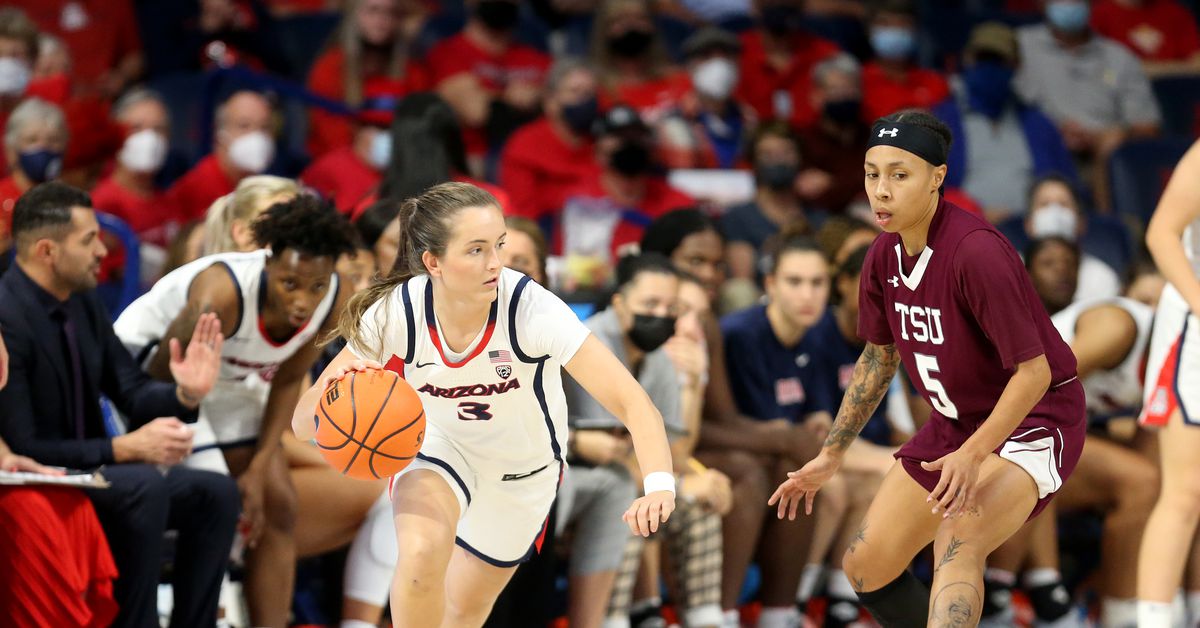 Arizona women’s basketball has a tough non-conference schedule. It’s not just because they face teams like No.10 Louisville and No.12 Texas. Most of the Wildcats’ games take place on the road or in neutral venues this year. Friday evening is one of the exceptions.

The Marist Red Foxes make it a Pac-12 weekend as they pass through Tucson on Friday before heading to Tempe to play at Arizona State on Sunday. These will be the only two games against major conference opponents for the Poughkeepsie, NY team this season.

For the Wildcats, this is their last game at the McKale Center before Dec. 9, when they will return to play in North Dakota state after four games played on neutral or outdoor fields. Three days later, they will play their last non-conference home game against New Mexico.

Marist has just completed a successful season that ended in a first round loss to Louisville in the NCAA tournament. Like most teams across the country, the Red Foxes mostly faced opponents from their own league last year. They posted a solid 18-4 in preparation for representing MAAC in San Antonio.

At their level, Marist is one of the most successful teams in the country. They have won at least 20 games in every non-pandemic season since 2016-17. In 2019-2020, the Red Foxes went 26-4 before the season came to a screeching halt after the first round of the MAAC tournament.

Arizona will be a new kind of challenge, however. Even in a typical season, Marist rarely faces a Top 25 team before the NCAA tournament. Their strongest opponent is usually a major mid-level or Princeton conference team. They have been unable to come out on the winning side of these clashes most seasons.

That’s not to say the Red Foxes never pulled off the big shake-up. In 2013-14, they were able to secure two home games against the Top 25 teams in their own arena. As they dropped the first to No. 7 Kentucky by 14 at the start of the season, they clinched the victory over No. 20 Oklahoma.

Barnes certainly doesn’t overlook anyone, and she thinks there are things to learn from playing quality mid-majors like Marist.

“If you look across the country last week, there was a lot of upheaval,” she said. “So these games prepare us in different ways. A lot of mid-major teams are really versatile. So that forces Ariyah (Copeland), Netty (Vonleh), Lauren (Ware) to keep guard posts, which is a challenge.

For Arizona, the game will be one more chance to get proper spins, practice the principles of training against an opponent, and hopefully give new players a real gaming experience.

“Giving precious minutes in certain situations gives you an experience for later,” said Barnes. “And outside of the conferences you’re supposed to build a team, figure out who you are, figure out your rotation, because you’re going to need those players later. But when you play against teams like Louisville, the rotation becomes shorter. So you want those games where you have a longer spin, so you can see what people are doing in a game situation and then you save more time.

Television, streaming and radio: The game will not be televised, but it will be available on Arizona Live Stream. Brody Dryden’s radio call is at 1400 AM (KTUC).