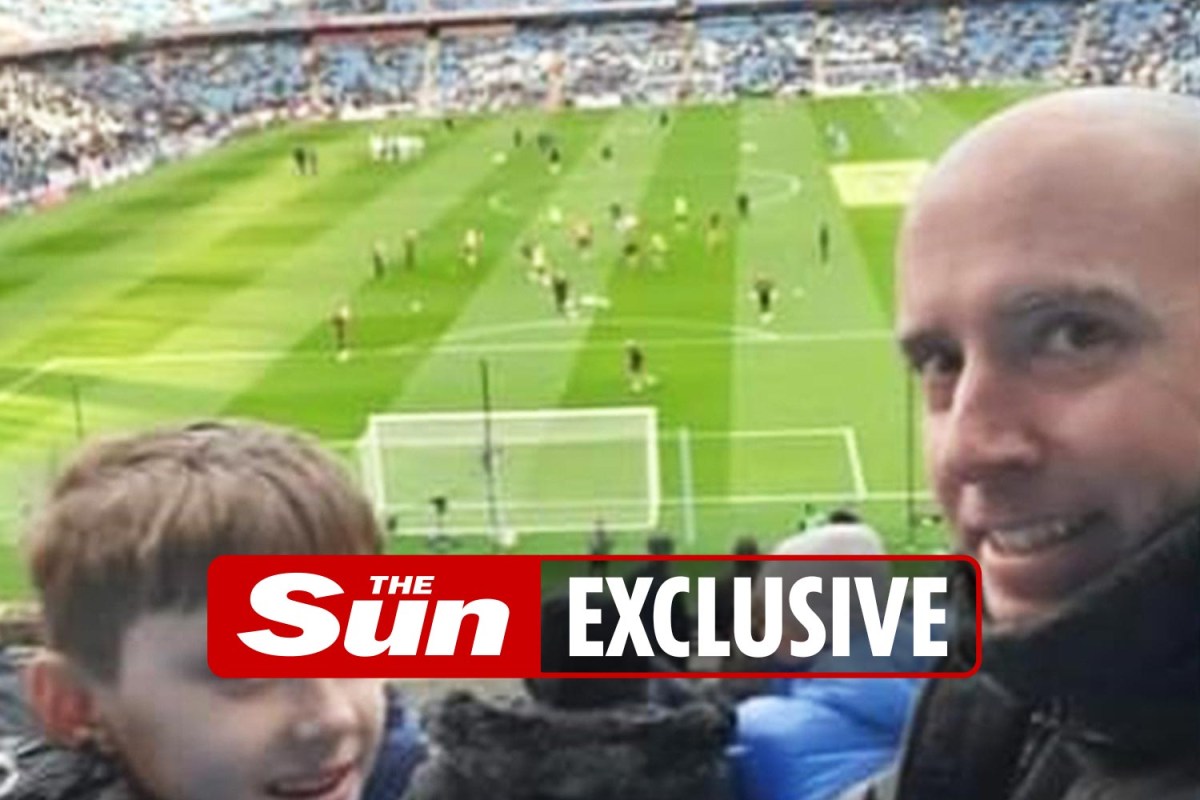 I paid £3.2k for my son to see Cristiano Ronaldo NOT play

An LAD’s dream of seeing his hero Cristiano Ronaldo play has been thwarted three times – and cost his desperate dad £3,250.

The determined pair endured a hat trick of heartache in their bid.

Every time Chris Broome, 43, has splashed for himself and his 12-year-old son Zac, the Portuguese star – famous for his ‘Siu’ goal celebrations – has been injured or benched.

In March, Chris spent £1,500 on hospitality and hotel costs for the Manchester derby, which Ronaldo, 37, missed through injury.

And despite free tickets to Man Utd against Leicester on Saturday, Ronaldo was missing out again.

Chris, from Yatton, Somerset, said: “It costs an arm and a leg.

“I promised Zac I’ll take him to see Ronaldo play, so I’ll make sure that happens no matter what.”