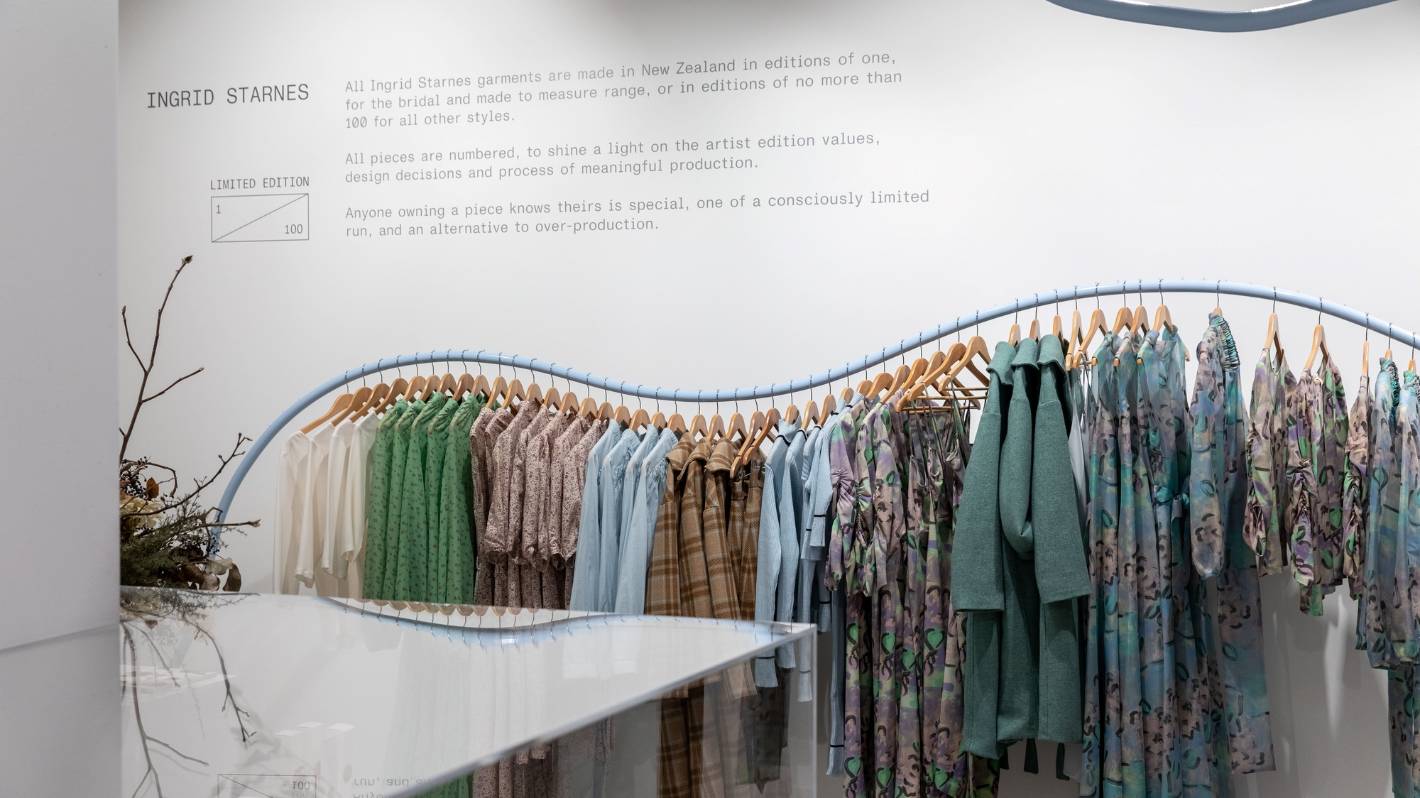 A New Zealand clothing brand has managed to get out of more than $400,000 in Covid debt in just two and a half years. But today it is making a major change in the way it works.

“Face mask sales pretty much stopped once omicron demanded masks that weren’t just silk or cotton, but they gave us a boost that we’re grateful for,” he said.

The business, which Prime Minister Jacinda Ardern wore on the cover of Time magazine two years ago, found itself deep in debt when the opening of its new, larger store in Commercial Bay in Auckland and a new seasonal collection are struck at the first lock.

“We had twice as much production debt as usual, and we weren’t deemed essential, so we couldn’t sell clothes at all, and development was delayed,” Pound said.

He determined that the business could only earn a very slim margin on all the clothes, and with the new store-bound debt, she saw no way out of the debt trap without running the risk of negotiating being insolvent.

“We could no longer stock responsibly for stores, so we could not continue in retail. And if we didn’t change everything, then we would be bankrupt. It was a very unfortunate moment. We got hit hard.

“We had over $400,000 in debt in the business at the worst time, with a lot of obligations. We tried to fund crowdfunding, we weren’t successful, and then we had to negotiate the termination of our leases and lay off 10+ team members, and end retail.

Rather than liquidate, Pound said the company decided to find a way to pay everyone and by communicating with customers, suppliers and owners, it was able to cancel most of the obligations and clear the major part of the debt during a period of sale.

At the end of this period, she still had over $150,000 in debt, but very little stock remained, so she developed a pre-sale to order collectible model, in which only what people ordered was made. . This allowed production to be reduced, while the money still came to pay off the debt.

Pound said the company had projected it would take about five years to pay off the debt, but managed to get rid of it in two and a half years.

Now it is making changes for the future.

“We can’t wait to take the pressure off a bit and reset. We will continue to make bespoke pieces, wedding dresses and lingerie, and we will still have the fragrance.

“But we won’t be doing clothing collections anymore – and it will be a much smaller and simpler operation, an operation where if something unprecedented happens like 12 weeks of closure, it will not mean that we will have the journey that we we had,” he said.

But Pound said despite the stress, he wouldn’t change anything.

“We were very lucky that unlike so many Covid business losses, we were able to bounce back.”