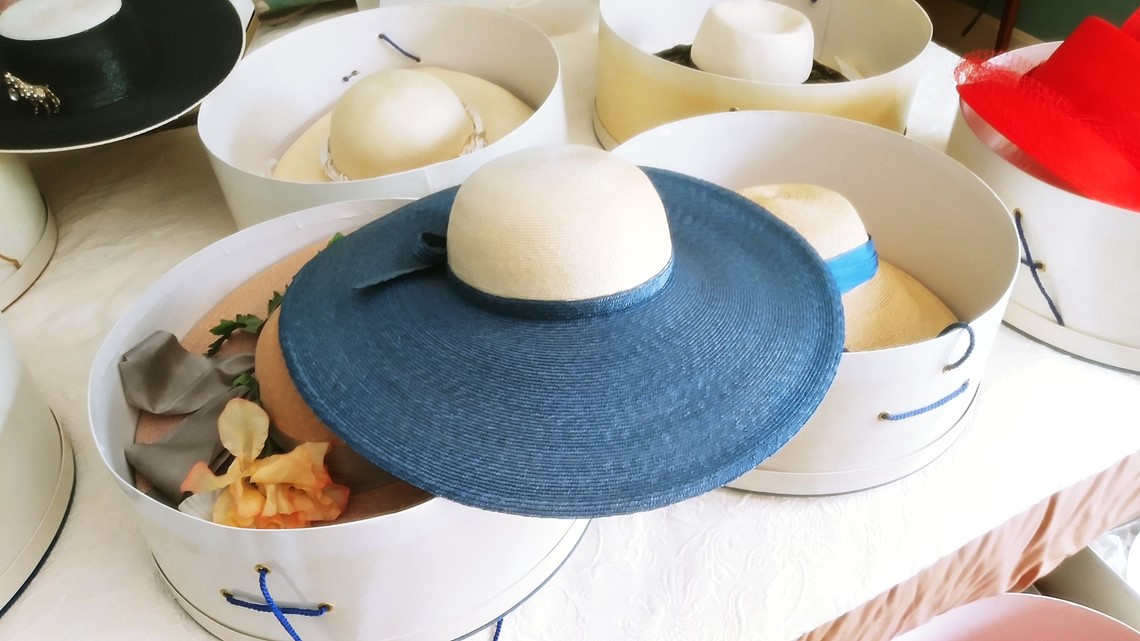 Many of the hats Melissa wore during her six years co-hosting WHAS11’s Derby cover were specially designed for her by famed New York designer Frank Olive.

LOUISVILLE, Ky. — Bright, colorful, bold, and tailor-made for the Kentucky Derby, the late Melissa Forsythe’s collection of Derby hats are perfectly curated, still in their boxes.

Forsythe, a former WHAS11 presenter, died in early February at the age of 71.

She left behind 31 hats, many more were donated before her death.

“They reminded me of her,” said Forsythe’s sister, Cynthia Gibbs. “Because they are chic and pretty.”

Gibbs manages Forsythe’s estate and said she is looking to donate some of her sister’s hats to organizations in Kentuckiana that empower women.

Four of Forsythe’s hats have already been donated to the Frazier History Museum where they will be displayed in an upcoming exhibit.

“I wanted someone to have them who would do something nice with them,” Gibbs said. “Whether it’s for personal use or for people who need a job and need a nice hat to wear, something like that.”

Many hats were specially designed for Forsythe by famed New York hat designer Frank Olive, who died in 1995.

Her fashionable hats always received rave reviews from viewers. They tell of a golden era of television and Derby coverage. The collection stands out today as timeless.

The search for the perfect Derby hat was similar in how Forsythe approached his career as a journalist, with dedication and excellence.

“She was very involved in what she was doing, she wanted to do a good job,” Gibbs said. “She appreciated her fans that she got letters from and all that, and I think it would mean a lot to her to be remembered so well.”

If you know of an organization or individual in Kentuckiana who would like some of Forsythe’s hats donated to them, email WHAS11 anchor Doug Proffitt.

Make it easier to update with more stories like this. Download the WHAS11 News app now. For Apple or android users.