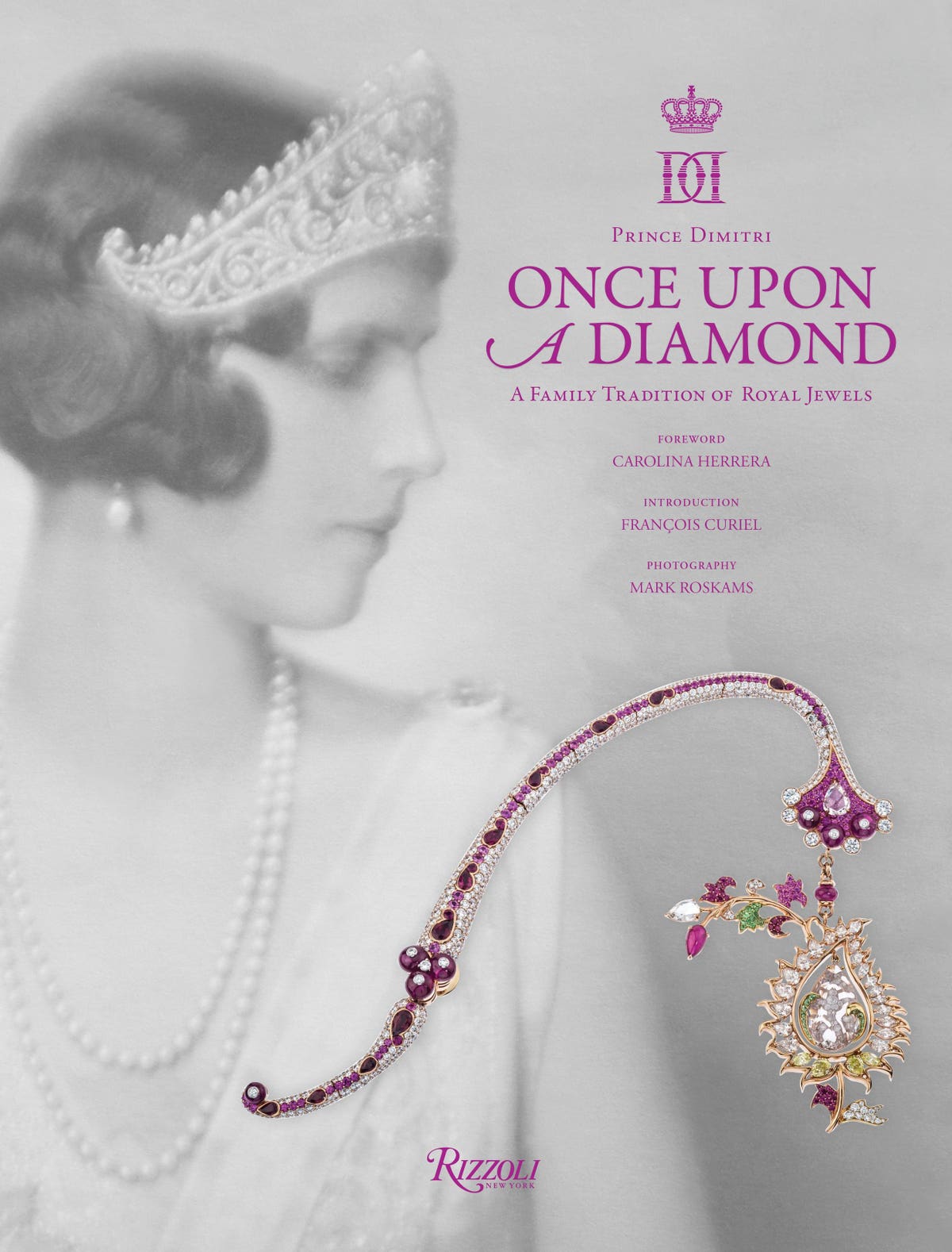 Valentine’s Day is looming on the calendar, which means it’s the season to start looking for gifts that honor the most romantic holidays of the year. Before you begin, however, it’s worth setting yourself the honorable goal of finding a best-selling jewelry book, a must-have, mind-blowing and mouth-watering volume for Valentine’s Day, something that is beautifully written, richly illustrated, and epitomized. the emotional power, everlasting romance and rare value of epic jewelry.

published by Rizzoli New York, “Once upon a time there was a diamond: a family tradition of royal jewelry”, is an unprecedented jewelry saga of international historical significance. This 10 “x 13” Coffee Table Tome (now in second printing) details in words and pictures the jeweled lives and destinies of the most notable members of Prince Dimitri’s family of Yugoslavia. Dimitri, as he prefers to be addressed, is part of a European royal line that includes Catherine the Great and the fallen royal families of Italy, Russia, Greece and Yugoslavia. Additionally, her mother is Princess Maria Pia of Bourbon-Parma, known for amassing an epic collection of emeralds.

In crisp prose, archival photographs and Dimitri’s memorabilia, their extraordinary jewelry collections live on forever in fascinating detail. Some of the most appetizing jewelry in “Once upon a time there was a diamond” include the Kokoshnik Tiara, the Pearl and Diamond Front of Corsage and the sparkling Fishnet Necklace, a string of diamonds made by Cartier for Queen Alexandra. Tip: If you or someone you know is passionate about diamonds in general and tiaras in particular, then this book is for you.

The book amply illustrates how New York-based Dimitri is also an accomplished luxury jewelry designer who creates unique, limited-edition jewelry from a vast array of materials for people of all genders, prices, and ages. While Dimitri’s first collection was a 1999 collection of gemstone cufflinks retailed at Bergdorf Goodman and Saks Fifth Avenue, he also designed a line of women’s jewelry sold at Barneys New York and Neiman Marcus. In addition, Dimitri has designed for Asprey’s in London and created special lines for various American companies. Dimitri founded his jewelry company with his business partner Todd Morley in 2007 after serving as senior vice president of jewelry at auction house Sotheby’s, and later as head of auction house jewelry Phillips, de Pury & Luxembourg. Today, Dimitri meets with clients in private; appointments can be organized by Dimitri’s site.

Co-written by Lavinia Branca Snyder, â€œOnce Upon A Diamondâ€ contains an engaging preface by American fashion designer Carolina Herrera and an authoritative introduction by FranÃ§ois Curiel, the Geneva-based jewelry specialist and auctioneer who is currently the president of Christies in Europe. The wonderfully lucid photography of Mark Roskams documents Prince Dimitri’s designs in their best light. Prince Dimitri’s original creations harmonize precious stones, precious metals, rare woods and other intriguing materials in sculpturally sophisticated silhouettes and concepts that are always chic and colorful.

Among the many members of the royal family whose lives and jewels are lovingly recounted in this volume are the paternal grandparents of Prince Dmitri, Prince Regent Paul and Princess Olga of Yugoslavia. Then there are also Grand Duke Vladimir and Grand Duchess Maria Pavlovna of Russia. Prince Dimitri’s great-grandparents, Prince Nicholas and Princess Helena of Greece, and their jewelry are also featured in this royal family jewelry saga. While there are many deep emotions expressed in this book, Prince Dimitri’s story is never sentimental or sickening. Rather, the text and captions are brought to life by her long-standing love for her family, precious stones and other organic materials, jewelry design, and her unwavering love of nature and art.

While Dimitri writes quite touchingly about his maternal grandparents, King Umberto II and Queen Marie-JosÃ© of Italy and their vanished world, the depth of love Dimitri expresses for his parents makes this book even more so. touching. The family photo albums of the Grand Duchess Elena of Russia (later Princess of Greece and great-grandmother of Prince Dimitri) bring “He Was a Diamond” to life with never-before-seen images from pre-life and times. -revolutionaries of the Russian Imperial Family. These rare images offer new perspectives on how the Russian imperial family, royalty and their court, as well as members of the European royal family and their friends, adorned each other.

One of the most unusual and interesting jewelry books in recent memory, “Once upon a time there was a diamond: a family tradition of royal jewelry” serves as an incomparable visual echo chamber and archive of the history of European royal jewelry and the timeless jewelry designs of New York-based Prince Dimitri of Yugoslavia.