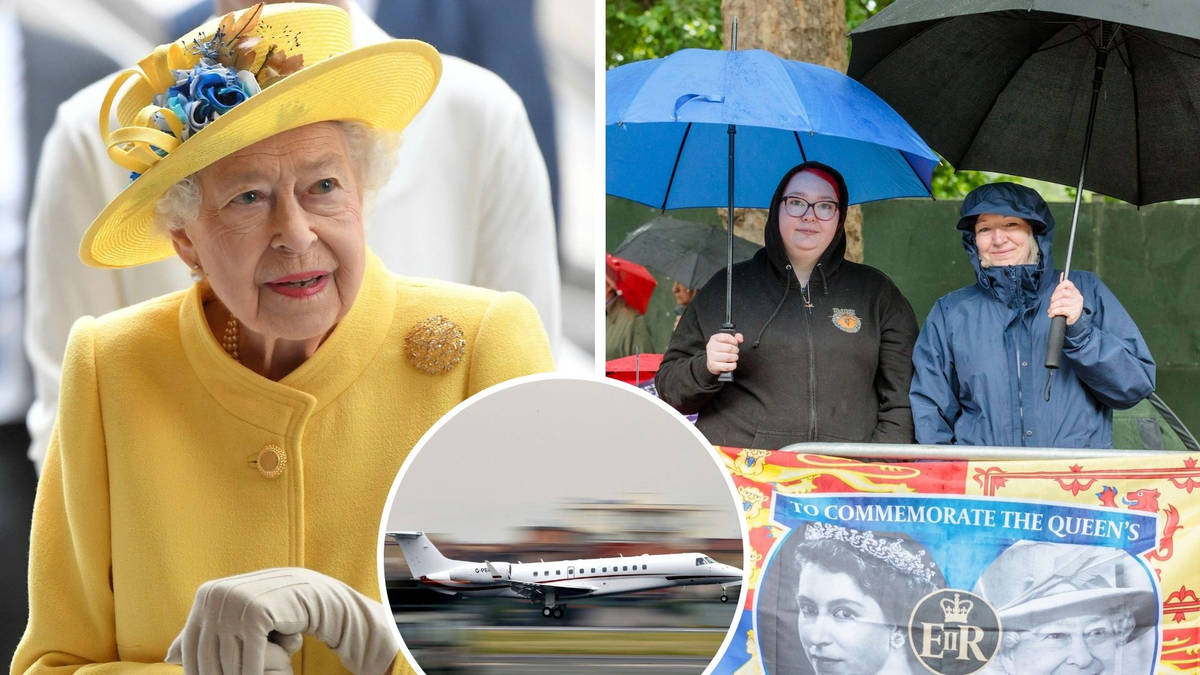 The Queen was caught in a storm as her private jet had to abort landing on her flight home from Scotland.

The Monarch’s Embraer 135 was caught in poor weather on Tuesday which forced it to abandon its first attempt to land at RAF Northolt in north-west London.

He was caught in an electrical storm, rain and hail around 2:30 p.m., forcing him to ascend a few seconds before touching down.

The 13-seater jet, which was carrying the Queen from Aberdeen ahead of her Platinum Jubilee celebrations, managed to land on the second attempt after flying for around 15 minutes.

A 4×4 then took the monarch to Windsor Castle.

Buckingham Palace confirmed the aborted landing but said there were no security concerns.

“In circumstances like this you are taking no risk and it was right to abort the landing during the lightning strikes,” a Buckingham Palace insider told The Sun.

Britons are preparing for celebrations ahead of the four-day weekend to mark 70 years of the Queen’s reign.

Street parties are set to take place across the UK, bringing neighbors and communities together, while the usual royal pageantry will provide plenty of pageantry and ceremony.

On Thursday, Trooping the Color will take place from 11 a.m., followed by the appearance of the Royal Family on the balcony of Buckingham Palace.

Harry, Meghan and Andrew have all been banned from attending.

A flypast will take place at the same time, before beacons are lit across the country in the evening.

Friday will feature a service of thanksgiving at St. Paul’s Cathedral. On Saturday, a musical celebration will take place at Buckingham Palace while Sunday will see Britons having lunch with their neighbors to mark the Jubilee.

Royal super-fans have already arrived in the Mall in London.

Donna Warner, from Connecticut in the United States, had already set up camp near Buckingham Palace to try to catch a glimpse of the Queen and the Royal Family on Thursday.

She told LBC she was “so excited” to be here.

“I arrived on Saturday and will be here for 10 days. We came to the Mall today and we will be camping until Sunday,” she said.

“I’m just disappointed that we can’t see the balcony. The queen will come out and it’s as close as possible. There won’t be a crowd under her.”

She added that it was a “remarkable” feeling to be in London.

“I’ve always respected not just the Queen, but the whole royal family, the history of royalty.

“I think she [the Queen] will go down in history as the best – one of the best.