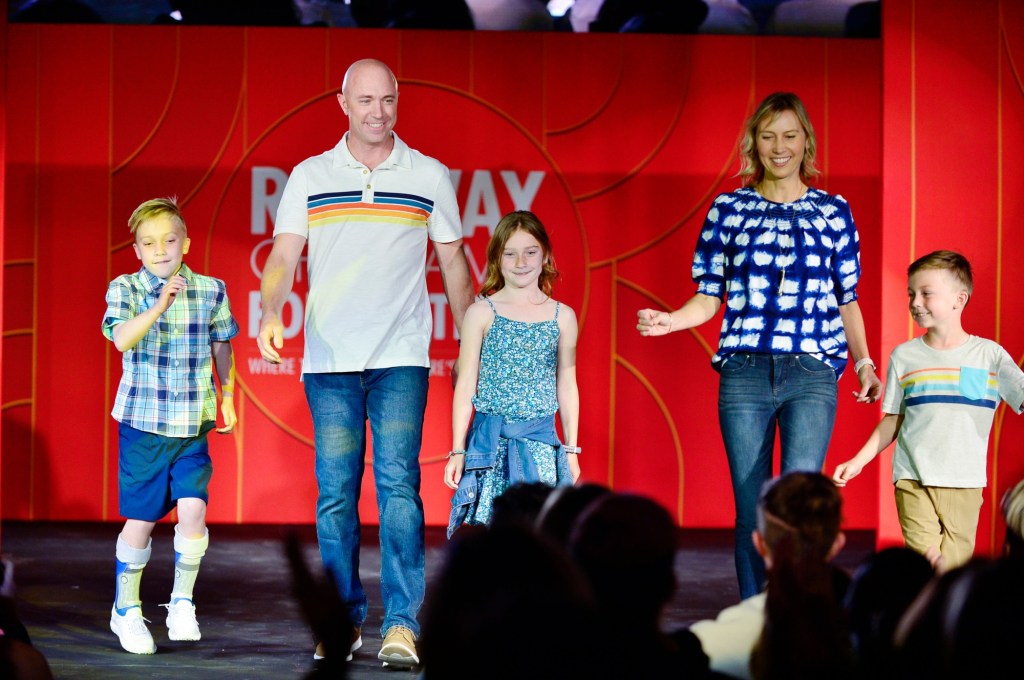 When Cade Robertson made his modeling debut, sporting the latest designer clothing designs, it was also an important moment for the fashion industry.

The 10-year-old from Rancho Palos Verdes walked the runway in Los Angeles on Tuesday, March 8, along with 70 other models to demonstrate that people with disabilities deserve to have clothes made just for them.

The event, organized by the non-profit Runway of Dreams Foundation, was titled “A Fashion Revolution” and took place at the Majestic Downtown. It featured people modeling the latest adaptive clothing and footwear – clothing designed specifically for people with disabilities.

A pair of jeans could close with magnets instead of a button fly, for example. Or a pair of shoes can be designed so that it is easy to get into. Or – for a wheelchair user – the pants can be cut higher in the back and lower in the front.

Runway of Dreams Foundation, the force behind the fashion show, works for inclusion, acceptance and opportunity in the fashion industry for people with disabilities. The organization, according to its website, strives to make the adaptive clothing category as common as the petite or plus size categories.

And, said the foundation’s founder and CEO, Mindy Scheier, Los Angeles is the perfect location for her next fashion show.

“Los Angeles is all about making dreams come true,” Scheier said, “so it seems fitting that our next show is here.”

But for Robertson, a student at Point Vicente Elementary School, it’s the connections with others like him that excites him the most.

“What I’m most looking forward to,” he said ahead of the event, “is meeting new friends and getting on the track.”

In fact, said the fifth grader, one of the highlights of a recent photoshoot was meeting a nice girl named Bliss who, like him, also has cerebral palsy.

“We had fun taking pictures together, eating cupcakes and playing games,” Robertson said.

The aspiring model, however, admits to being frustrated at sometimes having to wear suspenders on her legs. But, Robertson said, he understands that suspenders help him stretch and work his calf muscles.

Plus, he said, his suspenders are actually an important and special part of him.

“I really feel like cerebral palsy makes me a superhero,” Robertson said. “I call my suspenders my super boots because they make me super duper.”

While Tuesday was Robertson’s first time walking down a modeling runway, it wasn’t his first time performing in front of an audience.

He played Tiny Tim in the Los Angeles production of “A Christmas Carol” and he performed in local theater and school performances.

“Hearing the audience laughing or clapping makes me smile and feel good inside,” he said.

It’s about educating both up-and-coming adaptive designers and their customers, Scheier said.

“As with all of our events, I hope this groundbreaking fashion show shines a light on this underserved population,” she said, “calls for critical change in the fashion industry and reveals that inclusivity is not doesn’t stop at size or race.

The global adaptive clothing market is growing, Sheier said, and by 2026 is estimated to reach nearly $400 billion.

“Everyone deserves the right to look and feel good about themselves,” Scheier said, “and consumers deserve to have that access.”

“I can do whatever I think,” Robertson said. “I just do it in a different way than other kids.”

You can register for a virtual screening of “A Fashion Revolution” scheduled for Tuesday, March 15 by visiting pisteofdreams.org.

Sign up for The Localist, our daily email newsletter with handpicked stories relevant to where you live. Subscribe here.

Taking inflation into account, gasoline is not that expensive | Letters to the Editor