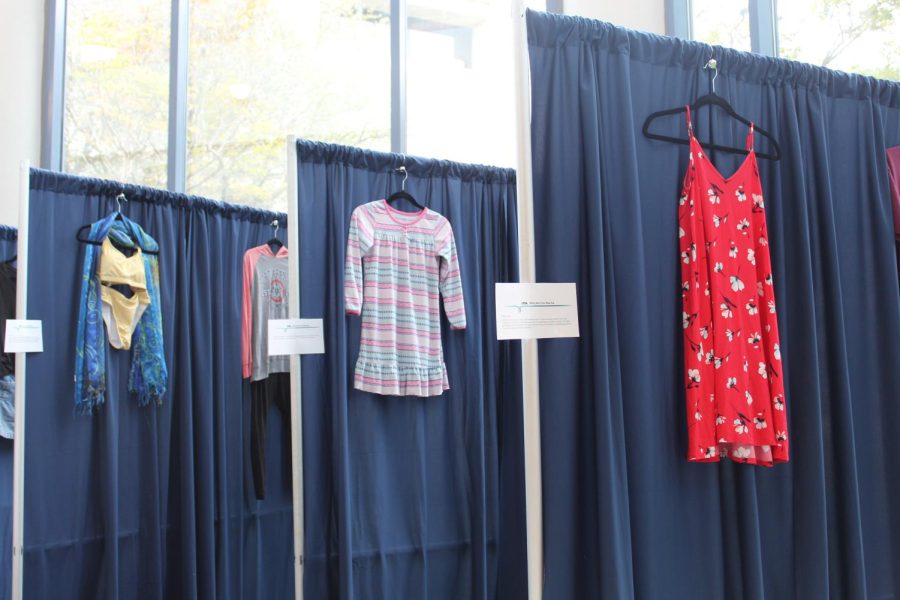 In honor of Sexual Assault Awareness Month, the “What Were You Wearing” exhibit is on display April 18-21 at the Student Union. The intent of the display is to dispel myths surrounding the role of clothing in sexual assault. The temporary exhibit organized by the UTSA PEACE Center and Welfare Services features 11 different outfits worn by survivors along with a short quote or description of their story.

The Paisano team interviewed students after viewing the revealing exhibit. Bella Lejeune-Bolivar, a freshman passing by the Student Union display, shared how she interpreted it.

“I think it’s good. It sends a good message to students because a lot of them – especially guys – don’t understand…they always assume, they always ask what the girls are wearing whenever they’re sexually assaulted or raped is the first question they ask… sexual assault and rape doesn’t look like a thing It’s not just like, they wore that, they looked like that, it was a girl , he was a guy. Like it wasn’t stereotypical,” Bolivar said.

Another visiting student, Mauricio Madraso, shared his thoughts on the display after wandering around.

“I just went through really fast, I didn’t know what it was and it’s very heavy, that’s for sure. … I think it’s an important topic that should be discussed more. I guess you could say that raising awareness about sexual assault is very important. I walked in, saw what it was and it hits you immediately, … it really sends an effective message,” Madraso said.

Additionally, Madraso shared her beliefs on whether or not clothing plays a role in sexual assault.

“Not at all. I think when you can see that military uniform, I think the clothes are definitely not a factor as to what caused the sexual assault, why the person behind it and their mentality [is] is already actively looking for an excuse to commit sexual assault,” Madraso said.

Sigma Chi’s Julian Diaz and Aaron Constancio, who were posing in front of the student union for a philanthropic event, spoke after seeing the exhibit to share their perspective as members of Greek life.

“I feel like it shows it doesn’t matter what you’re wearing because… whoever’s wearing military gear has a gun and everything and it’s like things could still happen. And then it looks like some of these clothes are really small, so it’s like young children. So it’s just like, basically, be aware that it doesn’t matter what people wear and the person trying to do things doesn’t necessarily care about them,” Diaz said.

Constancio shared his knowledge of sexual assault resources on campus and how often he hears about them.

“Yeah. I think today is like the first day I’ve actually seen flyers and stuff talking about sexual assault, but at the same time, like it’s my first semester, so I don’t know. not necessarily too much what they do,” he said.

Although many students may be unaware of the resources offered by UTSA due to lack of publicity, the university is focused on assisting victims of sexual assault and support is available both on and off campus. , online and in person. The services are accessible via the UTSA PEACE center, available by phone at 210-458-4077 or by email at [email protected]. Help can also be found through the National Sexual Assault Hotline at 1-800-656-4673 and for more specialized care, contact the Rape, Abuse & Incest National Network (RAINN).

More information on the offer “What were you wearing?” the exhibition is available on RowdyLink and the exhibit will be on view in the Student Union lobby until April 21, 2022 at 5 p.m. The showcase will return in April 2023 in Gallery 23, located on the first floor of the UTSA Student Union.