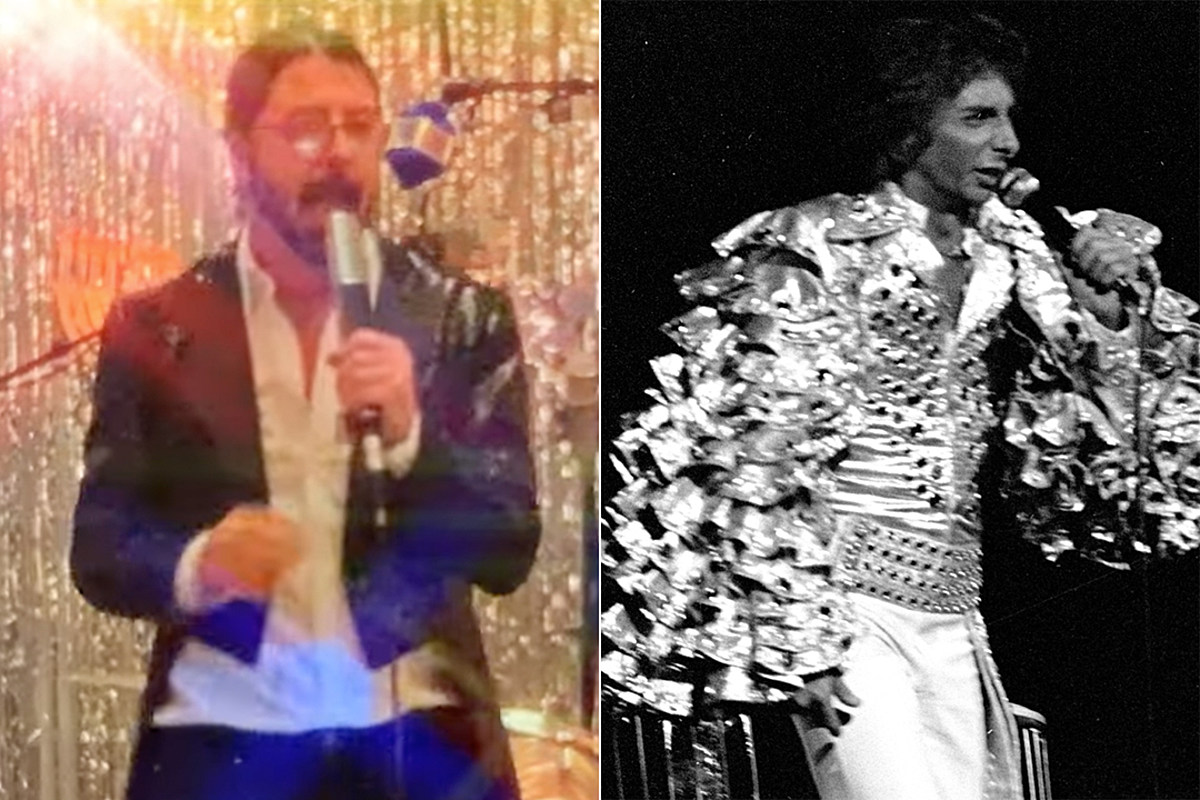 Dave Grohl and producer / multi-instrumentalist Greg Kurstin are back for another edition of their 2021 â€œHanukkah Sessionsâ€, this time covering Barry Manilow.

“Barry Pincus – not only one of the greatest songwriters of the 20th (or any) century, but a mega-mensch to boot!” declares a message accompanying the cover. “So, like a good neighbor, you deserve a break today. So grab a bucket of chicken and let’s get stuck onâ€¦ .. ‘Copacabana’ BY BARRY MANILOW!”

Grohl kisses his indoor lounge singer for the performance, wearing a black sequined tuxedo jacket and half-buttoned white shirt while delivering the vocals. The Foo Fighters rocker also plays drums on the track, but changes sets behind the kit, opting instead for a red jacket with aviator sunglasses. Meanwhile, Kurstin provides backing vocals and synthesizer to the melody, giving the classic song an infectious groove.

The video, which can be seen below, is also loaded with appropriate ’70s-style effects, including a disco ball, flared spotlights, wipe-off transitions, and an occasional frame that looks straight out of the box. Matching game.

Released in 1978, “Copacabana” peaked at No. 8 on the Billboard Top 40 and became an international hit for Manilow. The single would be certified gold, while the album on which it appeared, Even now, has tripled platinum sales. Manilow would win the first Grammy of his career, winning Best Male Pop Vocal Performance for â€œCopacabanaâ€.

The cover of Grohl and Kurstin marks the third edition of the duo’s 2021 â€œHanukkah Sessionsâ€. The project, which sees famous musicians cover a different Jewish artist each night of the holiday, has so far featured songs by Lisa Loeb and of the Ramones.

From Nirvana and Neil Young to Melvins and Mudhoney – the best works of the 90s movement.

Survey: 90% of borrowers regret having taken out a personal loan