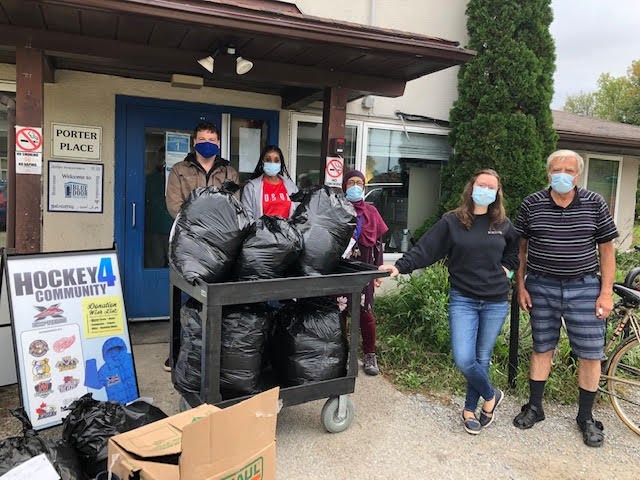 The Hockey 4 community campaign has donated hundreds of coats, hats and mittens to local organizations including Coats for Kids, Blue Door, Inn From the Cold and Belinda’s Place.

The Newmarket area hockey community has completed another successful campaign to collect winter clothing for those in need.

The Hockey 4 community campaign saw eight local hockey associations participate in the initiative, originally started by Jackie Tranter, director of community relations on the York Simcoe Express board of directors.

About 10 years ago, his family and friends started collecting winter coats and other items for the homeless in downtown Toronto.

â€œWhen our son joined the York Simcoe Express hockey association, I just started asking people to (donate),â€ Tranter said. “So we started doing that and collecting winter gear for Belinda’s Place, York Hills, Blue Door. We’ve been doing that for the last three or four years.”

In past campaigns, York Simcoe Express has donated over 1,400 winter clothing items to the community.

Throughout September, they accepted donations in trash cans at places like the Magna Center in Newmarket.

Over Thanksgiving weekend, players and parents volunteered to sort through the hundreds of items.

The clothes were then distributed to various organizations in York Region including Coats for Kids, Blue Door, Inn From the Cold and Belinda’s Place.

Where to live by the Thames: the cheapest and most expensive parts of London